The History of Garage Doors in the U.S.

Find me on:
LinkedIn 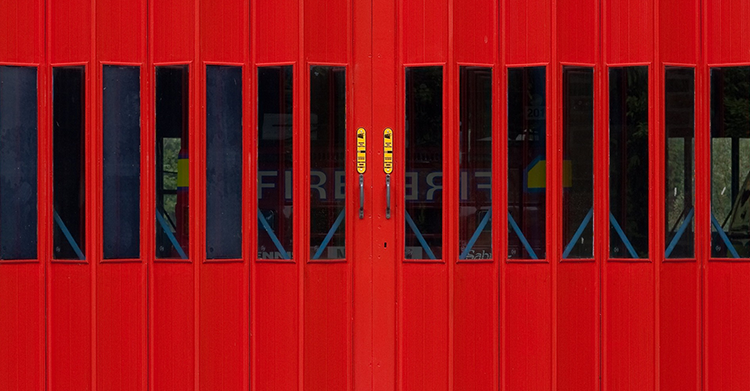 Have you ever wondered what the first garage door was like, who invented it, or when it became commonplace? It’s interesting to look into the past of something we use every day to learn where, why, and how it originated. So, here’s a quick history lesson for you on the development of garage doors in the United States.

People parked their automobiles next to the horses. The horse and buggy were stored together, so when automobiles made their debut, they were often stored in the same building as other means of transportation. The first automobile owners were usually upper class, however, and they decided they didn’t want their vehicles reeking of horse manure, so separate structures were built just for the cars. These buildings were large and could store around 100 vehicles; car owners could rent a parking spot in a heated and well maintained garage for a monthly fee.

These buildings eventually became insufficient for the growing number of cars on the streets, unable to accommodate all of them. In the early 1900s, more and more people bought and owned cars and wanted a place of their own to store them. The first personal garage was the carriage house model with two barn-like doors that swing outward; it was much like a shed. These carriage doors experienced a lot of wear and tear, having to be opened and closed every day, and it was difficult to get them open with snow on the ground, so something new needed to be invented.

The invention of the sliding track door was a step in the right direction, but the large panels required a lot of space; the garage needed to be at least double the width of the doors for them to fully open. Soon, the garage door was split into sections that folded up when open, which conserved space and allowed garages to be narrower.

In 1921, a man named C.G. Johnson, founder of Overhead Door Corporation, invented the first overhead sectional garage door. This door opened by being lifted vertically instead of sliding horizontally, so it was parallel to the ceiling when fully open. As if this contribution to the garage door world wasn’t enough, Johnson also invented the electric door opener in 1926.

Garage doors have only continued to become more modern, beautiful, and accommodating over the years. Wayne Dalton Corporation has played a large hand in the development of garage doors and openers as well. With strong roots based in the largest Amish farming community in the world, Wayne Dalton's first doors were designed and built by superior craftsmen. The company continues to invent and produce superb doors using innovative technology.

If you need your commercial or residential garage door service or would like a free estimate for repair or installation, click the button below or give us a call at 515-519-3557. We'd love to help you improve the look and functionality of your Des Moines area home or business.

WD Door is a family and employee-owned overhead door and operator company with over 25 years experience in both residential and commercial fields. We work closely with both our customers and manufacturers to ensure high quality overhead door products and customer service.