The Story of Wayne Dalton

Find me on:
LinkedIn 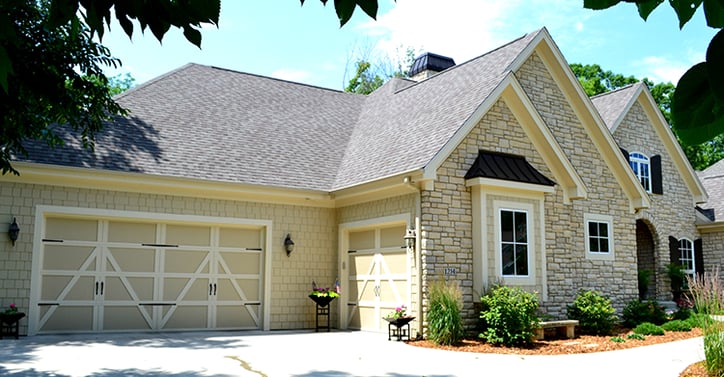 Have you ever wondered how Wayne Dalton got started and how it grew into what it is today? Without Wayne Dalton, WD Door wouldn't exist, so we want to share a little bit of the history of the company that started it all -- Wayne Dalton Garage Doors.

What is Wayne Dalton?

Wayne Dalton is a residential and commercial garage door manufacturing and design company that originated in 1954. They're known worldwide for their top quality doors and skilled craftsmanship. The company provides a large array of style and design options for businesses and homes. They make purchase and distribution simple by working with dealers throughout the U.S. and overseas so consumers can work with local businesses rather than a large corporation located thousands of miles away. The company currently has over 70 sales centers, more than 2,000 independent dealers, and nine manufacturing facilities.

Wayne Dalton works tirelessly, expanding and innovating, to stay ahead of their competition. They continue to produce state-of-the-art, quality products and tools to beautify homes and businesses and increase the functionality of doors for their customers.

How did the company get started?

In 1954, Emanuel Mullet bought a small garage door company from a man in Mt. Eaton, Ohio. He moved his new business into an existing plant near Mt. Hope in Holmes County, a beautiful Amish farming community. The business, then called Wayne Door, started assembling wooden doors for homes with parts manufactured in Wisconsin.

In 1962, the company was made up of all Amish workers (who were highly skilled craftspeople). At this time, they began manufacturing their own wood door sections. Over the next several years, the company expanded and added more products to their line. In 1973, a second plant was built in Dalton, OH, which started manufacturing wood and steel commercial doors.

In ’78, another plant was established in Mt. Hope. This one began to develop insulated garage doors with high energy efficiency standards. Soon after, Thermowayne and Thermospan doors were invented, propelling the company ahead of its competition. No other garage doors like them existed at the time.

In 1992, a new 50,000-square-foot corporate headquarters (Wayne Dalton’s current largest manufacturing plant) was built in Mt. Hope across the street from the original plant. It won a statewide architectural award for its beautiful design and integration into the rural landscape. Wayne Dalton continues to expand and innovate, regularly introducing new products and technology.  As Amish farmers ride by the plant on horse and buggy, workers at Wayne Dalton are reminded of the company's heritage.

Wayne Dalton is known as a leader in the garage door industry and has won various awards over the years for its leadership in innovation and exceedingly high standards. In 2010, it was named Brand Leader for Quality by Builder Magazine.

WD Door, a proud dealer of Wayne Dalton doors and products, is located in Ankeny, Iowa. If you need any garage door services in Des Moines or Central Iowa, give us a call at 515-519-3557, or click on the button below to request a quote.

WD Door is a locally owned overhead door and operator company with more than 25 years of experience in the residential and commercial fields. We work closely with our customers and manufacturers to maintain the highest quality products and customer service. We provide 24/7 service to the Greater Des Moines area and much of the state of Iowa.